Krill are small crustaceans of the order Euphausiacea, and are found in all the world's oceans.

In the Southern Ocean, one species, the Antarctic krill, Euphausia superba, makes up an estimated biomass of around 379 000 000 tonnes1, more than that of the global population of humans. Of this, over half is eaten by whales, seals, penguins, squid and fish each year, and is replaced through reproduction and subsequent growth of the krill population. Krill can live up to 8 years in aquariums but in the wild they probably live for 3 to 4 years, spawning when they are 2 to 3 years old. 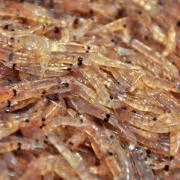 They are important in the food chain because they feed on phytoplankton, and to a lesser extent zooplankton, making nutrients available to other animals for which krill make up the largest part of their diet. For this reason krill are considered a keystone species in the Southern Ocean ecosystem.

Krill undertake large daily vertical migrations, providing food for predators near the surface at night and in deeper waters during the day.

The size of the krill population is very variable from year to year and the changes observed appear to be driven mostly by how many young krill enter the population each year. This may be driven by variability in the amount of sea-ice, which is why there is a concern about the effects of climate change (although there is no actual evidence of any reduction in sea-ice around the whole of the Antarctic).

CCAMLR was established in 1980 amid concerns that an expanding krill fishery could have a large impact on the ecosystem of the Southern Ocean. Since then krill harvesting has been managed in a very precautionary manner. This is in recognition of the critical role of krill in the Antarctic ecosystem, a keystone species, and uncertainties associated with environmental changes – including in respect of climate change.

Sustainability of the krill fishery is ensured by setting limits on the fishery such that the catches taken by the fishery will leave enough krill to ensure that there is a healthy breeding population and also that there is enough for the predators (such as penguins and whales). 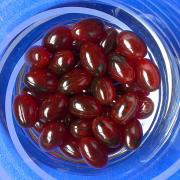 Scientists use computer models that simulate the krill population (controlled by a set of equations for the number of births, the rate of growth and the rate of death) and then use this data to predict what might happen with different levels of fishing. Thousands of simulations are carried out in order to determine a catch level that is sustainable.

There are lots of pieces of information that go into projecting the future krill population and for many of these there are no precise values. A sensible range of values is defined and simulations are run using all values in the range. Simulations take into account what is known and what is not known about the ecosystem.

The total allowable catch for the southwest Atlantic is currently about 5.6 million tonnes annually. However, CCAMLR has decided that the catch will be regulated within a 620 000 tonne 'trigger' level which is distributed across four regions in the southwest Atlantic. This 'trigger' level represents approximately 1% of the estimated 60 million tonnes of the unexploited biomass, or virgin size, of the krill population in this region. The actual annual catch is around 0.3% of the unexploited biomass of krill. CCAMLR has agreed that any expansion in the krill fishery should not happen unless the scientific data indicate that it will continue to be sustainable. 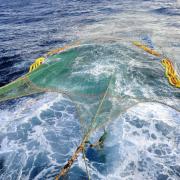 CCAMLR also maintains a network of stations where information is collected on other components of the Antarctic ecosystem to monitor change. This program, the CCAMLR Ecosystem Monitoring Program (CEMP), was established in 1989. The information collected under this initiative contributes to CCAMLR’s efforts to develop what is called a 'Krill Feedback Management procedure' which will help inform decisions regarding acceptable total precautionary levels of krill harvest.

Video – Krill connections, Why is Hobart the krill capital of the world?

This presentation was held at CCAMLR Headquarters, Hobart, Australia, during National Science Week, 2017.

A National Science Week (Australia) public seminar to help people understand the connections between commercially available krill products, human health claims and the biology and ecology of this tiny crustacean.

Find out why Hobart is the global centre of krill science and krill fishery management and how each of the relevant institutions are connected through international scientific and government networks.

Dr So Kawaguchi talked about his research on krill biology and ecology and Dr Laura Laslett discussed her research on the medicinal value of krill oil.

Dr Keith Reid, Science Manager for CCAMLR, outlined how fishing for krill is regulated by this international body and how fishing limits are informed by the best available scientific studies on krill and their ecosystems.

Watch the video on YouTube (available in English only) 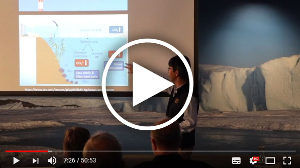